THREE Copeland gardeners have been awarded certificates in the field of horticulture.

Mr Rudd, who initially joined the Council in 2006 on a temporary basis and secured a permanent role in 2014, received an NVQ Level 3 in Horticultural Management.

Mr Murray and Mr Crickett received an NVQ Level 2 in Horticulture, and have been part of the Council’s Parks and Open Spaces team since 2017 and 2018 respectively.

They, alongside Mr Rudd and the rest of the team, help maintain the boroughs 982,346m2 of council grounds, 20 shrub beds and 14 play areas.

The qualifications involved the study of subjects including the use of tools and machinery, preparing grounds, terminology and identification of greenery and health and safety, amongst other topics.

The team has already been putting its new found knowledge to good use replanting the borough’s beds with winter bulbs.

“I fully commend the commitment of Zach, Kevin and Reece to their studies and to ensuring that they have the best knowledge and information possible to maintain and improve our local landscape. They are a fantastic example of Copeland employees going that extra mile.

“The Parks and Open Spaces team regularly receives praise from our residents and it couldn’t be better deserved.

“This is a team that worked throughout the pandemic to make sure that grass was cut, planters were watered and weeded and when we could open our play parks - that they were safe for the public to use.

“I thank these three, and the rest of the team, for their continuing commitment to Copeland and I hope their new awards serve them well in their roles.” 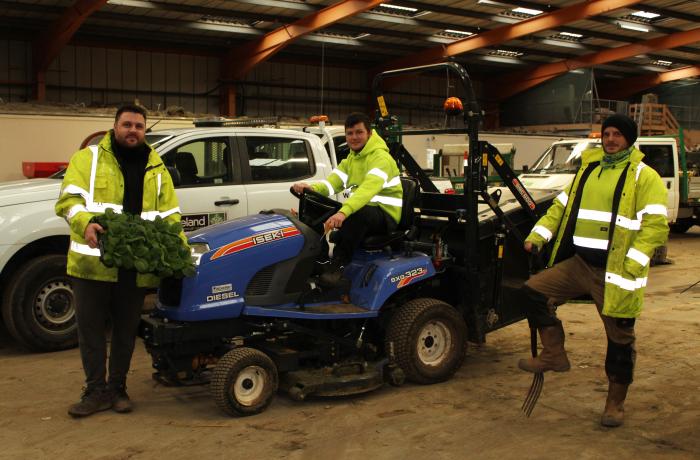