Millom digital trail gets the go-ahead

A DIGITAL app that will bring to life the places loved by Millom poet Norman Nicholson has been given the go-ahead.

The project to create and operate the app to guide people on a series of trails around the Millom area has received the full £20,000 it needs thanks to a Copeland Council funding bid, and it is hoped to launch by the end of March.

There will be two initial trails when it launches next year, building up to five trails eventually. The trails are inspired by the writing of Norman Nicholson and the routes which he used to walk on a regular basis. However, the trails will not be solely about Nicholson; they will also be aimed at general visitors.

As well as providing routes, the app will include images, text and audio to allow visitors to learn about the area, its history and heritage, and points of interest. It will also link to other attractions in the area and provide up-to-date tourism information.

The Norman Nicholson House Community Interest Company (CIC) is leading on the project, having received the total required to develop the app and operate it for the next five years from Copeland Council’s successful bid to the Government accelerated funding scheme as part of the Towns Fund programme.

“Norman was remarkable in the way he found value in places and objects overlooked by the casual observer and the app will let us share these with visitors literally following in his footsteps. We are grateful to the Millom Town Board and Copeland Borough Council for their wonderful support.”

Mike Starkie, Mayor of Copeland, said: “This is an exciting and important project for the Millom community, and I am delighted that it will soon come to fruition.

“It is another step in the regeneration of Millom, while looking to the future in terms of the app, but also acknowledging the past in one of the town’s best-known figures.”

Copeland Council successfully bid for a total of £500,000 immediate funding for Millom while work is ongoing by the Town Board on the significant funding bid of up to £25 million due in January 2021.

Millom's remaining money is earmarked for an upgrade of the children’s play area at Millom Park, a new accessible cycling/running/walking track, and the potential purchase of a prominent dilapidated building. All projects must be completed by April 2021. 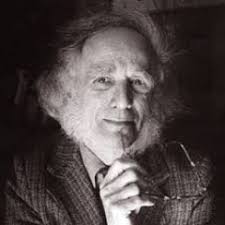