THE seagull nesting season is underway and Copeland residents are being urged not to feed the birds.

Nesting gulls can be particularly aggressive and have been known to swoop on people if their nests are nearby. They also spread litter around and can be noisy.

Copeland Council is asking residents and visitors not to feed the birds to deter them from nuisance behaviour.

Mike Starkie, Mayor of Copeland, said: "We know it is tempting to throw scraps for the gulls, but it does increase their numbers, as they will go wherever there is food.

"It also encourages them to become too familiar with humans and this is exacerbated in nesting season, when the gulls may become protective of their young. It's the price we pay for living in such a beautiful coastal location, but there are things we can do to lessen the problem."

Copeland Council has a leaflet on the subject which can be found at https://www.copeland.gov.uk/sites/default/files/attachments/seagullinfo7.... It explains the laws on seagulls, and describes measures that can be taken to deter them, including eliminating their food sources.

During nesting season, the law says the nests and eggs must be left alone, but once the season is over property owners can take measures to prevent birds from nesting again next year. 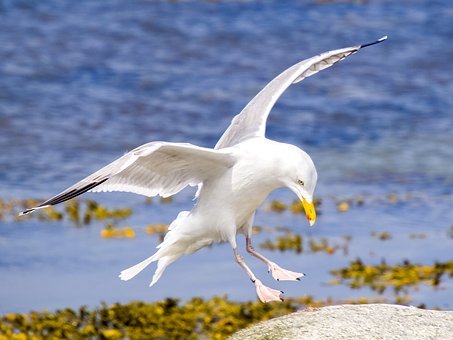