NATIONAL Recycle Week was a resounding success for Copeland Borough Council, which went out into the community to share the recycling message.

It was also a chance to celebrate Copeland recently collecting the 5,000th tonne of recyclable material through the kerbside scheme, which was expanded and relaunched 18 months ago.

Jan, who was accompanied by Gosforth and Seascale Councillor Andy Pratt at the Eskdale event, said: “It was great to talk to so many people and take our recycling messages out into the community.

"Edna the Recyclephant was, as usual, the star of the show. She attracted many people to our stall to discuss waste, where it goes and how people can recycle more. Visitors also wanted to talk about reducing their environmental impact by buying less in the first place."

The council also lit up the Candlestick on Whitehaven’s harbourside green to mark the week, and waste and customer services staff wore T-shirts promoting the recycling message.

Jan added: “We have also been engaging with schools, with a fantastic response from those wanting us to bring Edna along and talk about recycling with the children.

"The week was a real success and with luck we have encouraged more people to join Copeland’s recycling revolution.” 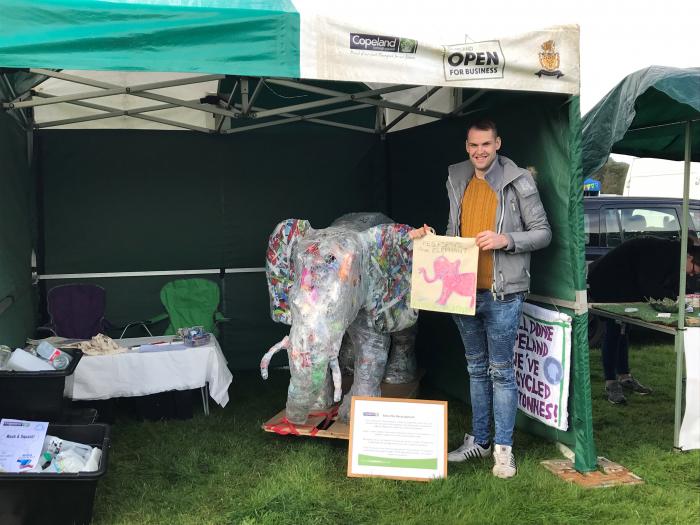