PLANS for an innovative and ambitious coastal challenge route have taken a step forward with the appointment of a project leader.

Eric Barker has taken up the role of Coastal Programme Officer with Copeland Borough Council and is responsible for leading the delivery of the £1.6 million Connecting Cumbria’s Hidden Coast recreational route. Stretching from Whitehaven to Millom, the route will feature adrenalin activities, cycling facilities and art installations along its unbroken 40-mile trail.

Mr Barker previously worked as Copeland Borough Council’s Community Regeneration Officer and brings a wealth of experience to the new role. Prior to joining the council in 2013, Mr Barker's work career included such diverse roles as a policing in West Cumbria, youth work across Merseyside and a 20-year involvement managing a family business on the edge of the Lake District.

Mr Barker said: “This is an extremely exciting project and I look forward to helping bring it to fruition. The project gives us an opportunity to bring together infrastructure, attractions and access to create a connection right along our beautiful coast for our residents and visitors.

“In terms of health and wellbeing, tourism and regeneration, it ticks every box.”

Largely following the route of the designated English Coastal Path, the connected challenge route project will see a walkers and cyclists’ crossing created over the River Irt to fill a current gap in the path to remove a 6km detour.
In phase one, the route will also include:

Hopes are high that the project can attract future funding for its phase two, which would include a second crossing over the River Esk, alongside further adventure activities including kite surfing or sea kayaking from the Silecroft hub, in addition to further art installations. Phase one will create a further four direct jobs and 30 indirect jobs. 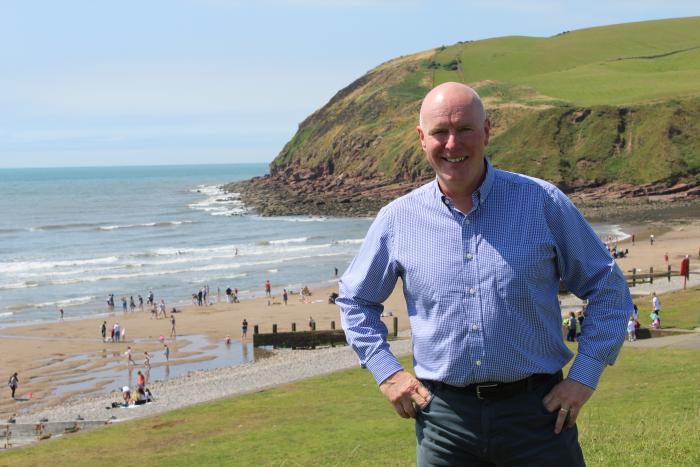