COPELAND Council has pledged its commitment to a culture of mutual support between the community and the armed forces.

It sets out how the community and armed forces personnel, past and present, should support one another.

This week, councils and organisations around Cumbria have the opportunity to re-sign the document that was originally signed in 2013. The local policy complements the national Armed Forces Covenant which outlines the moral obligation between the country, the government and the armed forces.

Mr Starkie said: “I was proud to join Councillors Hully and Forster to sign the covenant, reaffirming this community’s commitment to our armed forces.

“We have a moral obligation to recognise the sacrifices made by serving and former members of the armed forces, and their families.”

Councillor Forster represents Copeland Council on a Cumbria Partnership Working Group to implement the covenant locally and learn from best practice in other parts of the country. 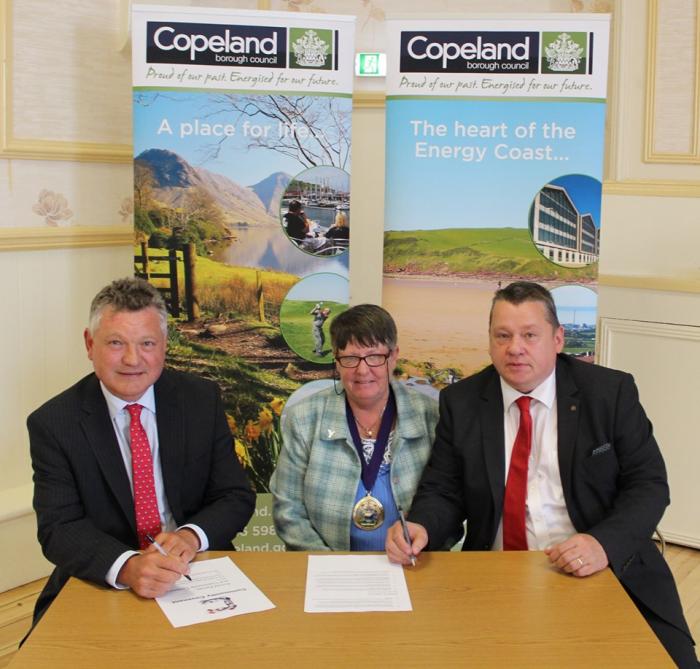