Twelve months ago, the borough council launched a new service collecting five materials at the kerbside for 96 per cent of householders. In that time Copeland residents have recycled materials weighing roughly the same as 650 elephants!

Crews have emptied a staggering 1.5 million recycling containers, and a grand total of 3,354 tonnes have been collected. This compares to 1,589 tonnes over the previous year - a 53 per cent increase.

The council wants residents to help them celebrate the achievement, so there will be special craft sessions at the Beacon Museum, where visitors can make their own elephant friends from recycled materials.

The free drop-in craft workshops will run in the Beacon Portal this weekend (including bank holiday Monday), then every weekend in May, plus the half term holiday.

Visitors wanting to take part in the workshops should bring along a clean plastic milk bottle (any size). They will then be helped to transform it into a cute elephant. Those who want to leave their creations behind can have them entered into a competition to win a special prize. The events are suitable for all ages.

There will also be LEGO sessions where youngsters can build and programme a recycling truck. These sessions are chargeable and need to be booked by calling 01946 592302.

Janice Carrol, Copeland's Community Services Manager, said: “It’s been an amazing year and I’d like to thank all the Copeland recyclers who have helped us reach this point. The weight of 650 elephants is no mean feat and we hope people will feel inspired to recycle even more in the future. We were asking people to embrace something new and our residents have stepped up to the challenge."

The council has also been working with local students on an art project to celebrate the year's recycling achievement. More details of this will be revealed soon. 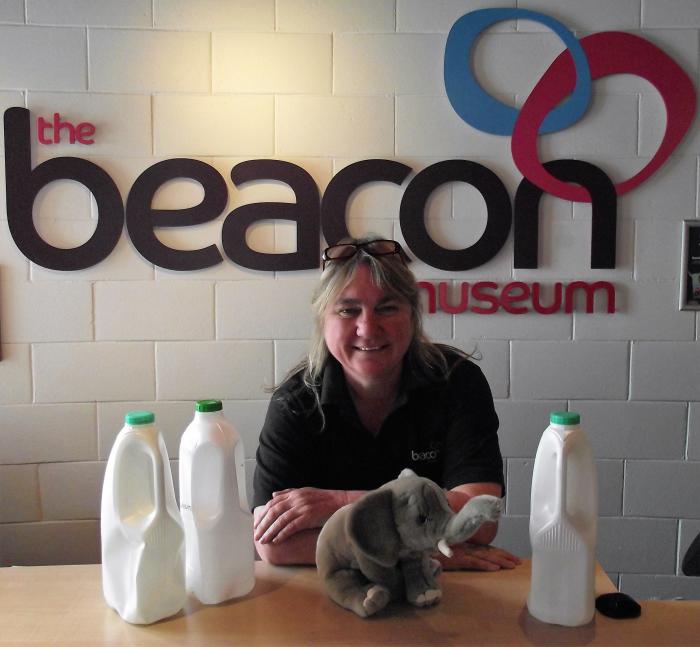