FOUR-YEAR-OLD Riley McCourt of Mirehouse is such a fan of bins and recycling that he asked for his own wheelie bin for his birthday.

Riley visited the waste collection crew at Copeland Council's Moresby depot after they heard of his obsession with the industry.

He enjoyed chatting with the team, got to do some recycling and took a seat in some of the council's waste and recycling vehicles with dad Anthony.

Riley has his own high-visibility jacket and regularly collects litter near his home, putting it into his wheelie bin and placing it out for collection.

Mum Toni said: "He loves it and always gets excited when the bin men arrive. He even helps his neighbours put their bins out for collection."

Community Services Manager Janice Carrol said: "Riley is clearly a keen recycler and who knows, when he is older I'm sure he'd make an excellent member of the team here. It was a pleasure for the team to show him around the vehicles." 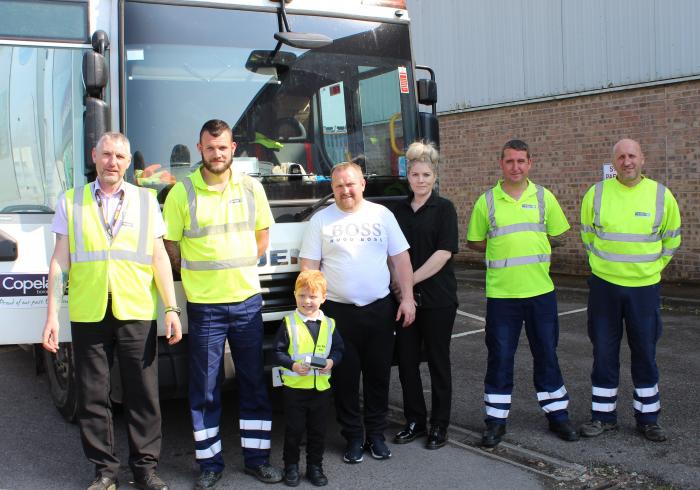