40-year anniversary for much loved gardener

A valued employee of Copeland Borough Council is celebrating 40 years of nurturing the borough.

Ian Pearce, aged 58, has spent four decades as a gardener mowing, planting, weeding, sweeping and maintaining parks and open spaces in Copeland, having joined the Council in 1978.

Mr Pearce has refined his skills in horticulture over the years having started working life at Beck Green nurseries, in Egremont, moving on to maintain Egremont Castle grounds for 10 years.

In recognition of the standard of Mr Pearce’s work and his commitment to the castle grounds, he was awarded a watch by the past Egremont Town Council and received an array of positive praise from the public.

As a gardener for the Council’s Parks and Open Spaces team, Mr Pearce maintains Copeland Council’s land right across the borough and can be found in or anywhere between Millom and Distington, battling the elements, on any given day of the working week.

Mr Pearce said: “I started work as an apprentice at Copeland Borough Council and nearly 41 years later I am still here doing the work I enjoy.

“When I first started working for Copeland there was no strimmers. We had to use shears, scythes and sickles and paths were swept with a brush - we weren’t allowed to use blowers.

“I used to maintain the grounds of Egremont Castle and we had fly mowers which we used to manoeuvre down the steep banks and drag back up, something that would never be done nowadays.

“During my time I have worked with a wide range of colleagues and management, and have loved every minute of it.”

Mr Pearce is a well-respected colleague and fellow gardener Callum Scott, said: “Ian is what we call “old school” and is keen to make sure everything’s done perfectly.”

Mike Starkie, Mayor of Copeland, said: “I am told by his colleagues that Ian often does the work of four men.

“It is employees like Ian who form the backbone of this organisation, continuing to serve the people of Copeland even in the most challenging times.

“Ian’s length of service and commitment to the organisation, and the borough, is exemplary and I’d like to sincerely thank Ian for his dedication to the role, and to Copeland.” 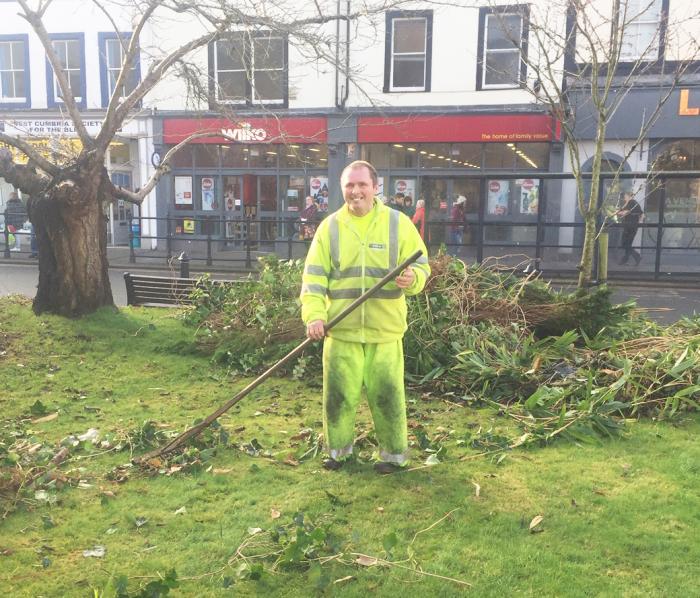