A FIVE-YEAR transformation project to revitalise an area of Whitehaven town centre has been hailed a success.

Residents were asked to share their thoughts, through a survey, on the success of the Whitehaven Townscape Heritage Initiative (THI) which has transformed the area of James Street and Market Place, Whitehaven.

More than 98 per cent of survey respondents believed that the properties and character of the area looked better than before the regeneration took place.

The scheme focuses on the conservation area from the former YMCA building through to Market Place and has seen a once run-down space transformed into an attractive gateway to the town centre.

More than 74 per cent of respondents said they would be more likely to visit this area of the town centre than they were five years ago and nearly 78 per cent said that the quality of the shops in the James Street and Market place area had improved.

An overwhelming 96 per cent agreed that it was important to protect, preserve and celebrate Whitehaven’s heritage, as the project has done.

The project comes to an end in December 2018 and by its completion it will have; transformed 10 properties, facilitated the creation of four new businesses in previously vacant properties, seen the creation of six residential properties, provided a public space where the former toilet block once stood and provided training and learning opportunities for nearly 1,950 people.

The project culminated in a Heritage Skills Fair held on Saturday, September 15. Twelve exhibitors presented a range of important traditional skills including; lime plastering, earth walling, blacksmithing, sash window repair and dry-stone walling. The public were able to join-in and try each craft, ask questions, and learn about the relevance of these traditional crafts today.

A Love it or Lose it building repair and maintenance manual and a Conservation Area Design Guide set to protect the borough’s rich architectural history have also been produced. 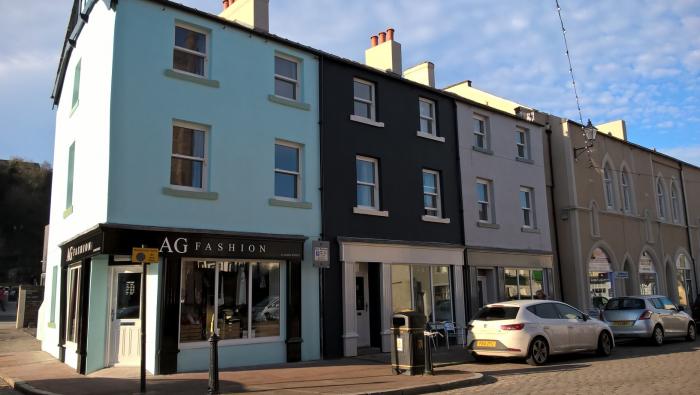