A MULTI-AGENCY hub set up to tackle anti-social behaviour in Copeland is celebrating its first anniversary.

Copeland Hub, which is based in Whitehaven Police Station and led by Copeland Council and Cumbria Constabulary, has successfully dealt with a host of issues across the borough by allowing a range of agencies to work together under one roof.

The Hub was a pilot scheme funded by the Office of the Police and Crime Commissioner when it was created in November 2016, and has proved so successful that it is now being rolled out to the rest of the county.

In Copeland, the organisations brought together differ on a case-by-case basis, but those working regularly within the Hub alongside Copeland Council and Cumbria Constabulary include housing associations, mental health teams, drug/alcohol support services, Age UK, charities and many more.

Among the issues addressed by the Hub over the past 12 months are:

The Hub has also expanded its role from bringing agencies together to tackle issues, to proactively organising activities and projects for the benefit of the community. This has included the recent Men in Sheds building project in Mirehouse, and the Future Pathways scheme that introduced groups of youngsters to a range of sporting and social activities in Whitehaven.

Speaking on the anniversary, Mike Starkie, Mayor of Copeland, said: “We are immensely proud of everything that Copeland Hub has achieved in such a short space of time.

“The idea behind it was to bring agencies together to tackle a particular issues, rather than everyone working in isolation, and this has worked extremely well.

“The fact that the Copeland Hub has expanded to proactively co-ordinating activities and the news that it is now being used as a model to be rolled out to the rest of Cumbria, is proof of the resounding success that it has been, and will continue to be in the future.”

Peter McCall, Cumbria’s Police and Crime Commissioner, said: “I am delighted that the Copeland Hub is proving so successful, and I’d like to thank all of our partners who are clearly working so well together for the good of the local community.

“I am a firm believer that partnership working has to be at the core of any approach to tackling crime and anti-social behaviour, which is why I was very pleased to be able to provide the funding.”

Inspector Mark Wear, from Cumbria Constabulary, said: “The decision that was made in 2016 to bring different people and organisations together is proving a successful one.

“The Hub continues to go from strength-to-strength, which is why there are plans afoot for further Hubs to be rolled out in other areas of the county in the near future.

“Cumbria Constabulary will continue to show its commitment to the project over the next 12 months and beyond.” 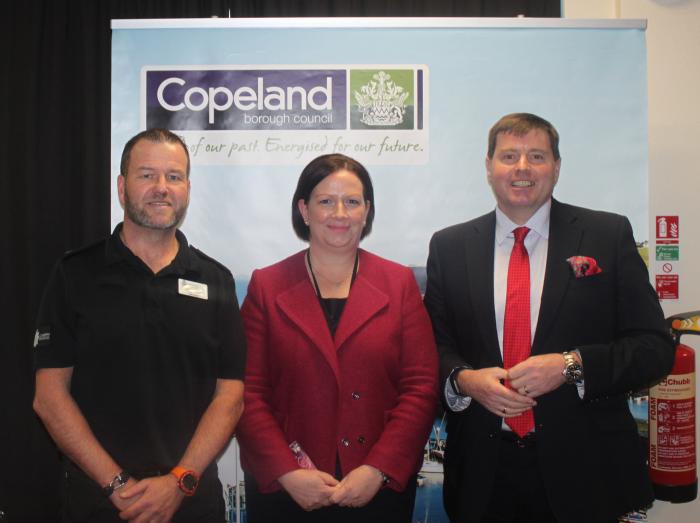