TWO Whitehaven town centre properties have received a major refurbishment thanks to a transformational heritage scheme.

And 45 Market Place, which had been vacant for a number of years and was latterly Flowers 'n' Foliage, has been converted into a soon-to-be-opened gift shop, Little Whims, and a two-bedroom flat above.

The renovations, totalling over £450,000, have been carried out through the Whitehaven Townscape Heritage Initiative (THI), which has so far invested nearly £1 million in transforming this part of the town centre, including the recently refurbished Whitehaven Foyer and other properties on Market Place and James Street.

The New Hong Kong opened on June 22, and the salon, which is being run by Danielle Musson, opened on July 1.

Danielle, who has been a therapist for 14 years, said: “Having been self-employed since 2010, previously working as a mobile therapist and then working in a spa in Workington, this is an exciting new venture, which eventually will also have a make-up station and a nail bar.”

Sai Keung Ng, owner of the New Hong Kong, said: “I’m very grateful for the grant I received from the THI. It has allowed me to transform my building, created a new and modern home for my tenants, while taking into account the heritage of the property.”

Lara Schwab, who will run Little Whims, said: “Little Whims has been online from 2013, designing and making mainly personalised wooden gifts. The newly renovated shop will help us expand to showcase not only our own items but also gift ranges from carefully selected suppliers.”

The THI is a partnership led by Copeland Council and receives funding from the Heritage Lottery Fund, Copeland Council, Britain’s Energy Coast and Cumbria County Council.

All renovations have been carried out using traditional methods, and a number of workshops have taken place throughout the project to teach these methods to those in the building trade.

Mike Starkie, Mayor of Copeland, said: “The THI has been a transformational scheme for Whitehaven and it is wonderful to see another two projects come to fruition, and it is rewarding to see long-term empty shops and flats being brought back into use.

“Our historic buildings are some of Whitehaven’s biggest assets, and not only preserving but enhancing them is another major boost; both to the regeneration of the town centre and to assist the creation of new businesses.

"The Market Place area of town, for which the THI money was granted, has enjoyed a new lease of life thanks to this innovative scheme." 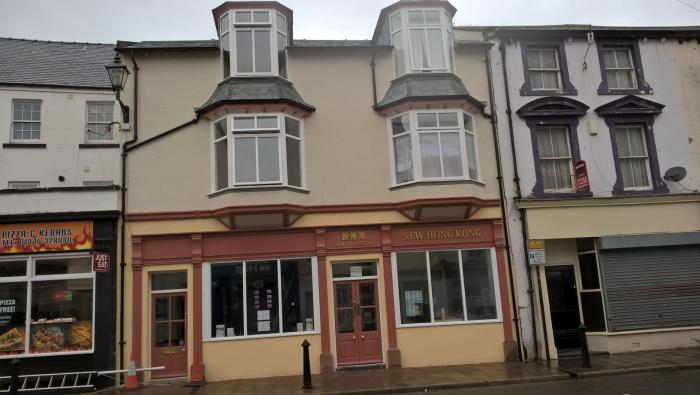