Clean up campaign for Copeland's Beaches

COPELAND’S beaches will benefit from a summer-long clean-up scheme.

Two seasonal cleaners have been taken on by Copeland Council to focus exclusively on the borough’s four amenity beaches.

Paul Barnes has responsibility for Haverigg and Silecroft and Neil Davidson for Seascale and St Bees. Their litter-picking role also extends into the areas of the villages themselves that border the beaches.

Among the items already collected by Paul and Neil since they started their roles are washed-up seals, porpoises and sea birds, plus everyday beach litter including plastic and bottles.

Paul lives in Millom and has returned to a role he carried out for two seasons in 2011 and 2012. He said: “It’s a really good service that the council provides and people appreciate the work we do.

“There’s unpleasant parts of course, but it’s rewarding to feel you’ve done a good job working with the local community. At the end of the season in 2011, I was given a bottle of wine by the local people to thank me for my work!”

Neil added: “I live in St Bees and I take pride in seeing the beach and the village look tidy. I’ve always worked outdoors so the role is perfect for me.”

Copeland Council is backing the national LOVEmyBEACH campaign and its beach-cleaning seasons runs until the end of September. To report a matter to the beach-cleaning team, telephone 01946 598300 or email info@copeland.gov.uk. 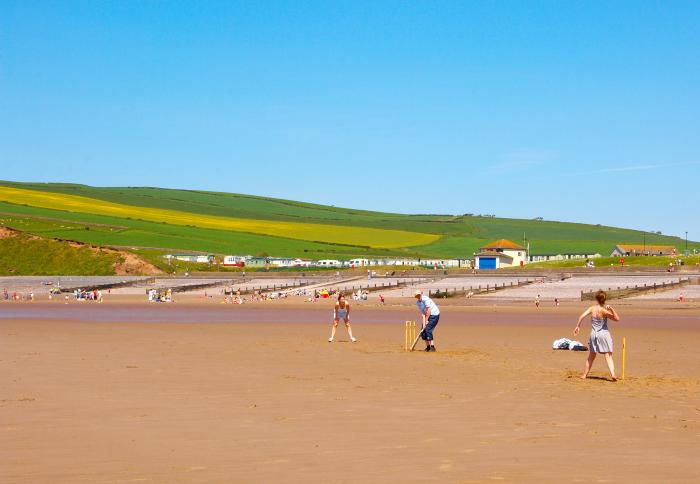