COPELAND Council has appointed Alistair Norwood as its new chairman for 2017/18.

Councillor Norwood said he was “humbled” to take up the post, succeeding Peter Tyson, and his charity for the year is the Stoke Unit at the West Cumberland Hospital.

"It's a proud day for me and it is a true honour to be given this job," said Councillor Norwood.

"Peter Tyson has set a high standard, of being fair and impartial, that I can only aspire to. I intend to represent this borough to the very best of my ability."

Councillor Norwood was elected to the post at Copeland Council's Annual General Meeting this week. His deputy chairman for the forthcoming year is Allan Holliday.

Councillor Norwood, who has been a Copeland councillor for 18 years, nominated the Stroke Unit to benefit from his annual fundraising campaign due to the "wonderful care" the staff had given him after he suffered a stroke in 2015.

He added: "The help I received got me where I wanted to be. I owe them so much."

Mayor Mike Starkie took the opportunity at the AGM to present the council's impressive Summary of Achievements for the past year, a hard copy of which is available at the Market Hall, in Whitehaven, or online at www.copeland.gov.uk.

Mr Starkie said: "It was my pleasure to deliver the report, and the highlights were numerous.

"Our good work touches all areas of the borough, focusing on our key objectives that form the cornerstone of everything we do; including town centre regeneration, work and skills, social inclusion, health and wellbeing, commercialisation – all achieved with key partnership working.

"Yet a lot of our best work goes unseen, carried out by a dedicated staff working tirelessly on schemes that don’t necessarily grab the headlines.

"The bottom line is that none of it could be delivered without the dedication of our talented senior team and staff, who’ve worked incredibly hard in trying times and I’d like to pay tribute to them today."

Also at the AGM, the Mayor appointed Councillor Mark Holliday to his Executive team. He succeeds Dave Banks as Portfolio Holder for Customers and Communities.

Mr Starkie paid tribute to Councillor Banks' "hard work and dedication" during his two years in the role. He added: "He has contributed greatly to all that Copeland Council has achieved." 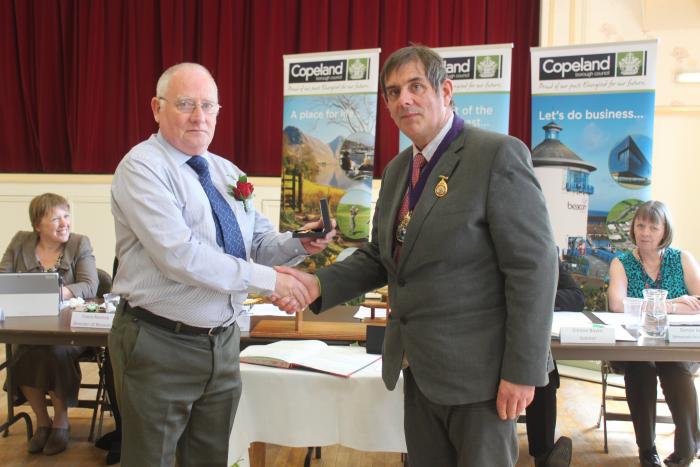