A RESPECTED and loved former mayor of Copeland will be honoured by the renaming of a council chamber in his memory.

Oswald Coyles – known as Ossy – twice held the post of Copeland’s mayor during a 30-year career on the council.  And Copeland councillors yesterday voted unanimously to rename their chamber in the Copeland Centre after him.

Mr Coyles was an original member when Copeland Council formed in 1973, and was appointed honorary alderman of the borough in 2003.

Before serving his time at Copeland, Mr Coyles served as an Ennerdale Rural District councillor for 18 years, bringing his total time served as a councillor to 69 years.

He continued to be an advocate for the Labour Party and Copeland Council right up until his death, aged 97, in late 2016.

In addition to his political career, Mr Coyles was a dedicated supporter of Copeland Disability Forum and was a Parton parish councillor for 54 years.

Copeland councillors paid tribute to My Coyles during the Annual Meeting.

Copeland mayor, Mike Starkie, said: “I was delighted the motion to honor Ossy was voted through unanimously and that members of his family were there to hear the fantastic tributes that were paid to one of Copeland's finest.

“Ossy remained one of the best attenders at council meetings rite to the end and was always telling me off for not wearing my mayor’s medal!

“I my opinion the man deserved to wear a jacket full for serving his are so well for so long.”

Copeland Alderman George Clements said: “Ossy was a mentor to me and a mentor to others, he didn’t care about what political flag anyone flew he cared about what was right for the people of Copeland.

“He was a strong advocate for everything to be done properly and supported every single Mayor that stood before him.

“If he was here now he would just say ‘I only did what I was elected to do’.”

Copeland councillor David Moore said: “Ossy never forgot anyone and never made an enemy, his commitment to the Borough was inspirational.

“His dedication will not be surpassed by anyone who sits on the council today.”

Allan Holiday, Copeland Council deputy chairman, said: “The advice Ossy gave to me when I first joined the council was ‘stand up, speak up, shut up and sit down’!

“He showed me that if you respect others they will respect to you and I think it’s fair to say that Ossy certainly earned everyone’s respect.”

Copeland Council chairman, Alistair Norwood, said: “Ossy was a joy to be with, he often gave me advice whether I wanted it or not.

“The best piece of advice he gave me was that politics is important but it’s not as important as having faith.”

Alan Coyles, speaking on behalf of the Coyles family, said: “I don’t think we’ve ever met anyone who didn’t get on with Dad.

“He would be honoured to have the chamber named after him, the council and local community was his life. The reason he joined the council was to serve his fellow men.

“He’d be delighted to know that the room will be used as a debating forum to improve the life and environment of the local community.” 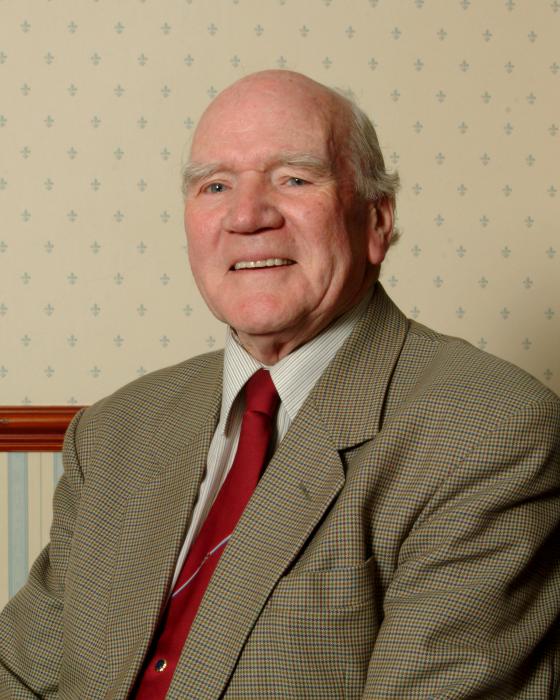