New woman at the helm of Whitehaven Market

THE new woman at the helm of Whitehaven Market is relishing the chance to bring "an injection of life" into the historic attraction.

April Garner started her new role this month, and says that the twice-weekly market can play a key role in attracting shoppers into Whitehaven. With a background in sales,  April is "brimming with ideas" on how she plans to achieve her aims.

"The market was relaunched at the end of last year - but I don't want people to think that this is the end-point; we're only just getting started," said April, originally from Leicester. Her role as market development officer also includes looking after Egremont and Cleator Moor markets, both held on Fridays.

"I'm trying to put my stamp on the market; getting out and about to talk to traders, businesses and the public, while hammering the phone constantly, trying to 'sell' the market and hoping to bring new traders to town."

A key focus of April's role is unearthing entrepreneurs of the future, working with schools and colleges to help ensure the long-term future of the market.

"While we've got a number of dedicated long-term stallholders, I'm aiming to give the market a new injection of life," added April, a former primary school teacher.

"Schools are all about teaching kids entrepreneurial skills, but they need the chance to get out there and show what they can do - and the market can be just that place. For young entrepreneurs, there are also funds and mentoring that can be tapped into.

"People will be amazed at how easy it is to take stall. If they have a hobby or a craft - whether it be making candles, growing plants or baking, either individually or as a group or charity - they can simply call us right up to the day before market day [Thursdays and Saturdays], book a stall and start selling. Additionally, there's options and discounts for longer term deals.

"And people will be surprised at how inexpensive it is, both to take a stall and for the public liability insurance a stallholder must have.

"There's also a parking discount for traders in the multi-storey car park, while The Ginns car park is free for everyone every Saturday."

Hopes are also high for the introduction of seasonal , heritage and local produce markets, alongside entertainment in the gazebo.

April added: "Markets have changed, and Whitehaven is no different to a lot of towns in that it has struggled of late. But I'm confident that Whitehaven Market can be a vibrant, unique and successful place to visit once again."

Whitehaven Market is a joint project between Copeland Council and Whitehaven Town Council, and April's role is jointly funded between the two. 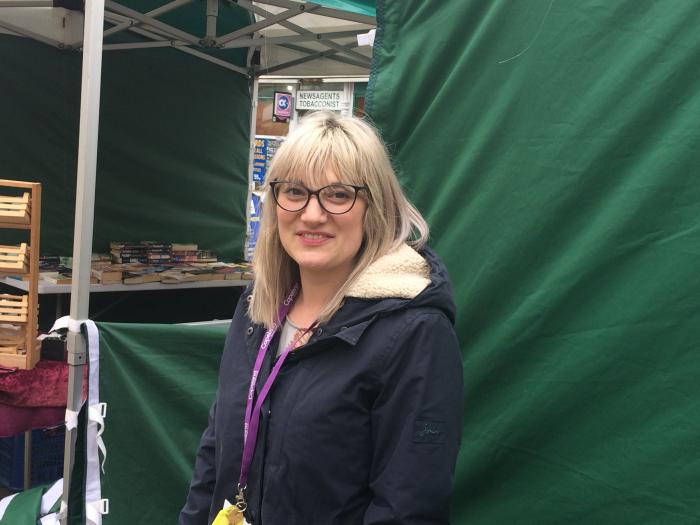