Mayor’s regalia open to the people of Copeland

Following Copeland’s historic poll in May, in which locals voted for the first elected mayor of Copeland Mike Starkie, the duties and responsibilities of the former civic mayor were handed to the new chair of the council.

With this new way of working, the mayoral robes and chains of office were no longer part of the role of the elected mayor or the chair of the council. As a result, the decision was made to ask the borough’s museum to host them, to ensure safe-keeping and make them accessible to the people of Copeland.

The Beacon Museum is hosting a special free exhibition in the Harbour Gallery entitled “Pomp and Circumstance - Ceremonial Traditions in Copeland 1838-2015” until November, which will feature the robes and chains of office, as well as the mayor’s parlour furnishings and artefacts. The exhibition also includes a gallery of pictures of all the mayors of Copeland since the local government reorganisation in 1974.

Ceremonial Mayor of Copeland, Eileen Eastwood, said: “It has been an honour and a privilege to serve as Copeland’s last civic mayor. I was delighted to be able to give over seven thousand pounds to my chosen charities - Jigsaw, Hospice at Home and Give Us a Break - which are all amazing organisations and close to my heart. It was fantastic to celebrate with many past mayors, who have all played an important part in the council’s history.”

Elected Mayor of Copeland, Mike Starkie, said: “The handing over of the mayoral regalia was a landmark in the political history of Copeland. It was brilliant to see so many past mayors, who have contributed greatly to Copeland’s community, celebrate this event together.” 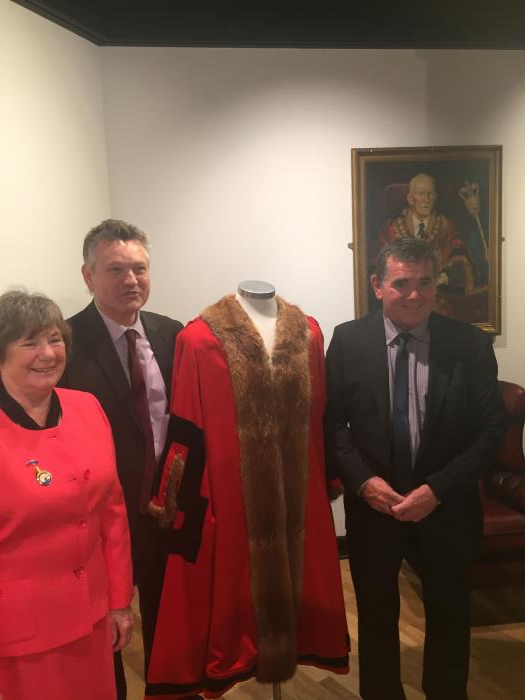