The Executive committee meeting, on Tuesday August 4 at Millom Network Centre, marks the first such meeting outside Whitehaven in several years. There will be more around the borough as the council strives to create a more accessible and democratic organisation.

Mayor Mike Starkie said: “By taking the council meetings out to the town across the borough the easier it is for people to get involved in the decision making and democratic process that affects their communities.

“Following the public meeting we held at the Rugby League Club earlier this month, it will be great to be back in Millom as I already know the residents there are passionate about local issues.”

The Executive committee is the decision-making body for the council and consists of Mayor Mike Starkie, Deputy Mayor Lena Hogg (Lab), Coun Dave Moore (Cons) and Coun Dave Banks Lab). Meetings are held once a month around the borough, and are open to the public.

Residents can also submit questions to the Executive meeting. They must be sent, with three working days’ notice, to Copeland’s Democratic Services manager, Lindsay Tomlinson, at the Copeland Centre, Catherine Street, Whitehaven CA28 7SJ, or at Lindsay.tomlinson@copeland.gov.uk.

Mayor Starkie added; “I want people to ask questions and we will do our best to answer them as fully as possible. I look forward to meeting residents there.”

The Executive meeting is at Millom Network Centre on Tuesday August 4 at 6pm. Other Executive and Full Council meetings around the borough are planned and details can be found on the council’s website at www.copeland.gov.uk. These include the next Full Council meeting at Drigg Village hall on September 10 at 6pm. 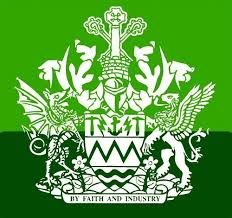