Mayor of Copeland, Cllr Eileen Eastwood and Honorary Consul to the US Navy in Whitehaven, Rob Romano joined the party to see the museums displays relating to the town’s Anglo-American links, as well as the John Paul Jones stories.

John Paul Jones of the USS Ranger led a surprise attack on Whitehaven harbour on 22 April, 1778 with two boats and around 30 men armed with pistols and cutlasses. The plan was to disable the defences. The visitors were able to view the harbour and scene of the attack from the upper gallery.

The US Navy have visited Whitehaven on several occasions since signing the treaty, including the 2008 parade in front of the Queen. However this was the first since 2011. 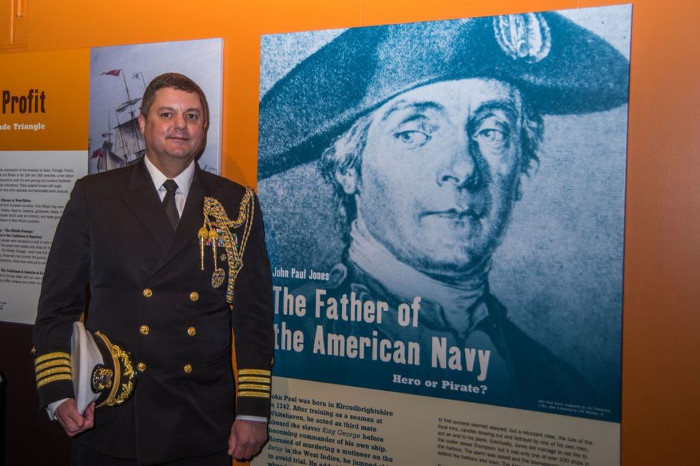 Above: US US Navy Defence Attaché, Captain David Strachner enjoying the attractions at The Beacon

Below: From left: Gerard Richardson MBE, Whitehaven festival Director with Honorary Consul to the US Navy in Whitehaven, Rob Romano and US Navy Defence Attaché, Captain David Strachner overlooking the harbour where the attack happened from The Beacon. 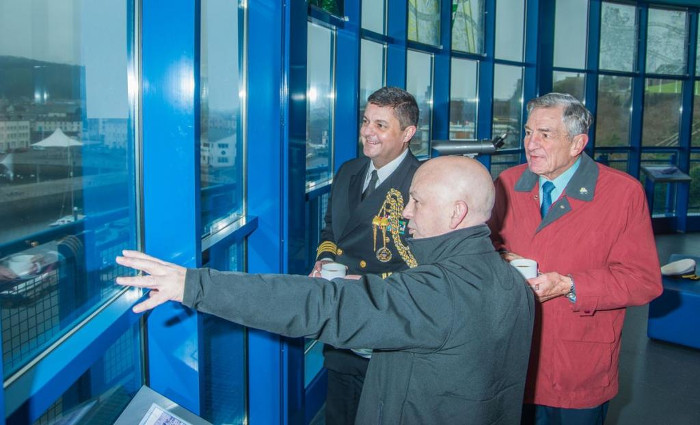